Teen Tree of Life. The Doctrine of the Deity of the Holy Spirit. Part 1. 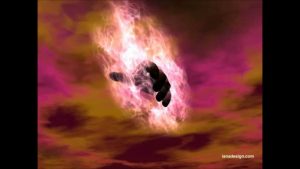 of the Holy Spirit

BEFORE we begin, if you are a believer in Jesus Christ, take a moment to name your sins to God the Father. This will allow you to be filled with the power of The Holy Spirit as you read this booklet (EPH 5:18 & 1JO 1:9). IF YOU HAVE never believed in Jesus Christ as your Lord and Savior, you have that opportunity right now. Simply tell God the Father that you are believing on His Son Jesus Christ as your Lord and Savior. If you make that decision, you are now a believer and will always be a child of God! When you die, you will spend eternity with Him forever in heaven! (JOH 3:16 & ACT 16:31).

God the Holy Spirit is a separate entity from God the Son and God the Father, and He was revealed that way in the Old Testament as well as in the New.  Also, not only is He a separate entity, but He is fully God — fully equal to God the Father and God the Son. In order for you to grasp some of this material, you will need to know two Hebrew words. The first is the word Elohim (the transliteration) [pronounced el-o-HEEM], which means gods or God.  This word can refer to the Godhead or to foreign gods.  Context determines the correct application.

When referring to a specific member of the Trinity, we have the Greek name YHWH [pronunciation unknown], but this is written variously as Jehovah, Yahweh, and howah. This name refers specifically to one member of the Trinity, Whose identify is sometimes known by the context of the passage.  (Because of the nature of this material, there will be a lot of overlap between this and the Doctrine of the Trinity.)

Now, what you must understand is that The Three Members of the Trinity, although They Are Co-Equal and Co-Eternal, have different functions.  The primary function of The Holy Spirit, in the New Testament, is to glorify Jesus Christ. For the disciples, The Holy Spirit would bring to mind all of the things which Jesus Christ taught:  “But the Helper, The Holy Spirit, Whom the Father will send in My name, He will teach you all things and He will bring to your remembrance all that I have said to you.” (JOH 14:26).  By application, The Holy Spirit guides us when it comes to learning and understanding doctrine.  Apart from The Holy Spirit, God’s Word remains a complete and total mystery. The Holy Spirit has a three-fold ministry to the church, as expressed by our Lord in JOH 16:7–11: “But I tell you the truth, it is to your advantage that I go away; for if I do not go away, the Helper will not come to you. But if I go, I will send Him to you.  And He, when He has arrived, will convict the world concerning sin, and righteousness, and judgment: concerning sin, because they do not believe in Me; and concerning righteousness, because I go to the Father and you no longer behold Me; and concerning judgment, because the ruler of this world has been judged.”

The focus of the ministry of The Holy Spirit on earth during the Church Age is to glorify Jesus Christ. That is, the work and suffering of Our Lord is to be brought to the forefront, so that we fully understand that what He has done on our behalf is the central issue of this life.  As an aside, when you go into a church and The Holy Spirit is (supposedly) being glorified then you know that you are not witnessing The Work of The Holy Spirit. Nowhere in Scripture do we have The Holy Spirit glorifying His Own Power and Glory. The important thing to recognize in all of this, is that The Holy Spirit is never spoken of as some sort of an impersonal power, or some force; He is referred to always as a Person, and never to as a thing.

If you ever watched any Star Wars movies, the force was always presented as some ethereal thing that was out there for one to lay a hold of, but it is never represented as a person.  In Scripture, The Holy Spirit is referred to in quite the opposite way—He is more than just some impersonal (or even personal) force to be mystically obtained through some vaguely-defined religious process. Because The Ministry of The Holy Spirit is not to glorify Himself, His Deity and Person are not quite as clearly presented in the Old and New Testaments as say, the Deity of Our Lord, but they are there and not difficult to find if you are willing to look.

That God The Holy Spirit is a separate entity is presented in several places in the Old Testament, but one of the most clear is in ISA 48:16, where The Trinity is mentioned: “Come near to Me, listen to this: From the first I have not spoken in secret; from the time it took place, I was there.  And now the Lord Y howah has sent Me, and His Spirit.” Isaiah mentions all three members in ISA 63:7–10, as well: I shall make mention of the lovingkindnesses of the Lord, the praises of the Lord, According to all that the Lord has granted us, And the great goodness toward the house of Israel, Which He has granted them according to His compassion And according to the abundance of His lovingkindnesses. For He said, “Surely, they are My people, Sons who will not deal falsely.” So He became their Savior. In all their affliction [a]He was afflicted, And the angel of His presence saved them; In His love and in His mercy He redeemed them, And He lifted them and carried them all the days of old. But they rebelled And grieved His Holy Spirit; Therefore He turned Himself to become their enemy, He fought against them.

In the New Testament, The Holy Spirit played an integral part in the conception of Mary, a virgin: The angel answered and said to her, “The Holy Spirit will come upon you, and the power of the Most High will overshadow you; and for that reason the holy Child shall be called the Son of God.   (LUK 1:35). His Importance is displayed in MAT 28:19, when Our Lord commanded His disciples: “Go therefore and make disciples of all the nations, baptizing them in the name of the Father and the Son and The Holy Spirit.”

As we learned earlier, The Holy Spirit is called the Comforter of the Church in ACT 9:31 (as well as several other verses) and Paul begins the second letter to the Corinthians with: Blessed be God and father of our Lord Jesus Christ, the Father of mercies and God of all comfort… (2CO 1:3) The Holy Spirit directs Paul and the others where to preach and where not to preach: They passed through the Phrygian and Galatian region, having been forbidden by The Holy Spirit to speak the word in Asia; and after they came to Mysia, they were trying to go into Bithynia, and the Spirit of Jesus did not permit them… (ACT 16:6–7) God is said to do the same thing in ACT 16:10 which is an example of their equality.