Teen Tree Of Life – The Doctrine of Mercy – Part 1 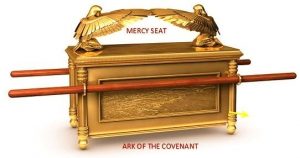 The Doctrine of Mercy - Part 1

In order to understand The Doctrine of Mercy, you need to know the difference between love, mercy, and grace. In a nutshell, grace and mercy are two sides of the same coin. Grace is a gift we don’t deserve, while mercy is not getting the punishment we do deserve.

In the dictionary, grace is defined as courteous goodwill, meaning, it’s not asked for nor deserved, but is freely given. Mercy, on the other hand, is the compassion and kindness shown to someone whom it is in one’s power to punish or harm. It is an act meant to relieve someone of their suffering. It is an inherent attribute of God and is the expression of His Grace Policy toward all His creatures.

Let’s put it this way: suppose someone attempted to rob your house. You learned that the robber was just in a desperate situation and didn’t intend to do any harm at all. Instead of calling the police, you chose to pardon the thief and let the matter go. That’s mercy. Then you gave him some food and a few dollars to get him through this trying time. That’s grace. In a world where mistakes are swiftly punished, and goodwill is only for the worthy, grace and mercy are an absolute necessity.

Love is God’s concern, mercy, and benevolence toward His created beings. So, you see mercy is part of love. Love is a transitive verb, meaning that it has a subject (the one doing the loving) and an object (the one being loved). Love falls into two main categories. There is impersonal, unconditional love that emphasizes the integrity of the subject. And there is personal love which emphasizes the attractiveness in the object. Personal love does not contain virtue – while impersonal love depends on virtue.

Believers are commanded to have impersonal, unconditional love for one another as well as for the entire human race. Look at what The Lord Jesus Christ said in JOH 13:34 (New International Reader’s Version): “I give you a new command. Love one another. You must love one another, just as I have loved you.” Think about that for a moment. Now, pick out any person in your life that you love and ask yourself if you love that person as deeply as Our Savior and God The Father love you. And remember, the command is to love all people as They love you – not just the people you like! This is a command you should think about throughout every day as you deal with the people in your life! And you should remember to show mercy as God always does.

A well-known use of "mercy" in the Bible is that God calls the lid of the Ark of the Covenant the "Mercy Seat." The Israelites transported the ark, a gilt chest containing the stone tablets of the Ten Commandments, wherever they journeyed. Normally, it remained in the Holy of Holies, where God symbolically resided, first in the Tabernacle and later in Solomon's Temple. The mercy seat symbolizes God's throne, where He judges men's conduct, and its name reflects the basic nature of His judgments, which always rest on mercy. This does not mean that God is soft-headed in judgment, carelessly overlooking men's sins. Even so, it is God's nature to be merciful rather than severe, acrimonious, implacable, and vengeful. Unlike men, God finds ways to change men so He can be merciful.

The Jews celebrated what is known as the Day of Atonement. It was the tenth day of the seventh month and was set aside as a day of public fasting. On this day the nation of Israel sought atonement for its sins. Obviously, God’s Mercy played an important role in this day.

Fasting was required on the Day of Atonement and was the only fasting period required by The Law. The Day of Atonement was a solemn, holy day accompanied by elaborate ritual. The high priest who officiated on this day sanctified himself by taking a ceremonial bath and putting on white garments. Then he had to make atonement for himself and other priests by sacrificing a bull.

The Mercy Seat is the name given to the lid of the Ark of the Covenant that was in the Jewish sanctuary in the desert and later in the temple in Jerusalem. The lid was made from a solid piece of gold. A figure of an angel, called a cherub, was placed at each end of the cover. The space between the angels was called the Mercy Seat because it was the place God’s Glory appeared when He wanted to communicate with Israel. The symbol of the divine presence appeared over the Mercy Seat like a glowing light called the “Shekinah.” The Hebrew word translated mercy seat in English, is kapporeth, a word that refers to a sacrifice that reconciles and leads to peacemaking.

The Mercy Seat was constructed of wood and gold. Inside the ark were three items that spoke of the sins of Israel. On each side was a gold cherub. One represented the Righteousness of God; one represented the Justice of God. When the high priest came into the Holy of Holies on the Day of Atonement, he sprinkled blood over the top of the Ark or Mercy Seat. That blood represented the Saving Work of Christ on The Cross. One golden cherub representing the Righteousness of God looked down and was satisfied because Jesus Christ was Perfect in His Humanity. The other golden cherub, representing the Justice of God, judged those sins, and God The Father was satisfied with His Own Judgment.

EXO 25:21-24 (New International Reader’s Version) includes more of God’s Instruction: “Place the cover on top of the ark. I will give you the tablets of the covenant law. Put them in the ark. The ark is where the tablets of the covenant law are kept. I will meet with you above the cover between the two cherubim that are over the ark. There I will give you all my commands for the Israelites. Make a table out of acacia wood. Make it three feet long, one foot six inches wide and two feet three inches high. Cover it with pure gold. Put a strip of gold around it.” The ark was a wooden box made of acacia wood overlaid with gold. The wood represented the Humanity of Christ, the gold represented the Deity of Christ, together, they represented the Hypostatic-Union.

HEB 9:1-4 (New International Reader’s Version) explains exactly how the elements of the "old covenant" serve as symbols of The Ministry of Jesus Christ. To begin with, the writer reviews the components of the temple and the sacrificial system, while also explaining how those elements are imperfect and flawed: The first covenant had rules for worship. It also had a sacred tent on earth. A holy tent was set up. The lampstand was in the first room. So was the table with its holy bread. That was called the Holy Room.  Behind the second curtain was a room called the Most Holy Room. It had the golden altar for incense. It also had the wooden chest called the ark of the covenant. The ark was covered with gold. It held the gold jar of manna. It held Aaron’s walking stick that had budded. It also held the stone tablets. The words of the covenant were written on them.

The urn of manna represented sin as rejection of God’s Logistical Grace Provision.

Aaron’s rod that budded speaks of sin in the sense of rebellion against the Authority of God and rejection of God’s System for Communication of doctrine. The Tablets of the Law spoke of sin as transgression of Divine Law since the law defined freedom in the client nation. The contents represent Christ bearing our sins on the Cross.

The key to all of this is found back in EXO 25:22 (New International Reader’s Version): The ark is where the tablets of the covenant law are kept. I will meet with you above the cover between the two cherubim that are over the ark. There I will give you all my commands for the Israelites. The mercy seat, or the place of mercy, was and is, the place where God meets fallen humanity. Every believer has a relationship with God which is based on His Mercy.