Teen Tree of Life. The Doctrine of the Pivot. Part 2. 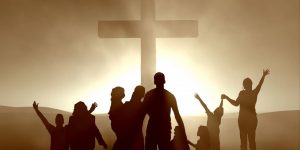 As we learned last week, the Pivot is defined as the accumulation of mature believers living in a Client Nation, or under civil government, in a specific geographical location. The Pivotal believers who live in the new nature bring blessings upon God’s Client Nation – the United States of America.

Christianity must never be the state, though religion always tries to be the state, as with Arab countries like Iran and Syria. The influence of Christianity is not produced by Christian principles, but by growing in grace and establishing a Pivot that has invisible historical impact.  We believe in and advocate the separation of church and state for the true function of freedom and the fulfillment of human volition in the Angelic Conflict. We support the state and establishment, but we are not the establishment. The influence of the church must be spiritual.  This does not imply that Christians should not serve in government. It does imply that believers in government service must abide by the laws of Divine Establishment and must never seek to force Christianity on others. People must accept Christ by their own personal consent. Christianity must not be the state.

Now, let’s look at the Pivot and the Client Nation.  The Gentile Client Nation to God is not a Christian nation, but a national entity in which civil government recognizes the establishment principles found in Codex #1 and #3.  Codices #1, #2 and #3 are part of the Mosaic Law. Codex #1, the Freedom Code, includes the Ten Commandments, which define freedom in terms of morality, but without self-righteousness or arrogance.  Note that arrogant morality becomes destructive toward freedom and privacy.  Rather, the Ten Commandments defined freedom in terms of morality, privacy, property, authority and the right to live. Codex #3 is the social code including the Laws of Divine Establishment.

Now, there is no such thing as a Christian nation, which would mean that every person in the nation would have to be a Christian. This has never existed and never will.  But there is such a thing as a Client Nation to God. A Client Nation is simply a national entity in which the civil government recognizes establishment principles of freedom, including privacy and the sacredness of property and life.  The Client Nation to God contains a Pivot of mature believers, who as invisible heroes provide the prosperity of that nation through the principle of blessing by association. That blessing is generally completely invisible to the general public.

The prosperity and blessing in a Client Nation do not occur through activism, but through those believers who execute the Pre-Designed Plan of God.  The Pivot of mature believers establishes the Client Nation and guarantees its perpetuation in every generation. If the Pivot declines, the Client Nation declines and is eventually destroyed through the administration of the five cycles of discipline.  God administers discipline to His client nation when the Pivot of mature believers begins to dramatically shrink through negative volition toward doctrine. He does this in five stages or cycles of discipline. At any stage there can be recovery through rebound and a change of heart towards positive volition of Bible doctrine at which time God will remove His discipline.

The five cycles are: 1) Loss of health, decline of agricultural prosperity, terror, fear and death in combat, loss of personal freedoms due to negative volition toward Bible doctrine; 2) Economic recession and depression, increased personal and individual discipline for continued negative attitude in spite of the first warning; 3) Violence and breakdown of law and order, resulting in cities being broken up; 4) Military conquest and/or foreign occupation, scarcity of goods (reduced to one-tenth of the normal supply), and the breaking up of families; 5)Destruction of a nation due to maximum rejection of Biblical principles.

A Client Nation has enough freedom in that nation to provide for extensive evangelism without government interference or federal persecution. The Pivot develops from this evangelism. But not all believers enter this group and execute the Plan of God. A good Pivot is perhaps 20% of all believers.

There are at least five general characteristics of the Client Nation.  The first is that there must be a civil government with a policy based on the laws of Divine Establishment. This is summarized in Rom 13:1-10 and Codices #1 and #3 of the Mosaic Law. The very existence of a civil government precludes a Christian nation.  The second characteristic is the function of evangelism and occurs through those with the spiritual gift of evangelism; through the teaching of the pastor-teacher when he covers passages which teach the Gospel; through believers as ambassadors for Christ who personally witness for Christ; and through reading some literature or Scripture with the Gospel message. We who evangelize must recognize the freedom of others. Freedom means privacy. No one has the right to coerce any physical movement for Salvation, which is a violation of privacy as well as being erroneous. Our job is to communicate the Gospel, not to force, beg, or plead. We leave people with the information. They must then use their volition. It is wrong for Christians to pressure people. Also, there must not be any government pressure to disallow any practice of Christianity in public.

The third characteristic of the client nation is that there is the establishment of the autonomous local church in which believers practice separation of church and state. To the extent that local churches form into denominations, to that extent the Client Nation principle is being destroyed. Denominations are the enemy of the Client Nation. Local churches should not connect with other churches to form denominations or spheres of influence. They should not become involved in any movement which seeks to unite church and state.

The fourth characteristic is that there is vigorous and dynamic Bible teaching which emphasizes the Mystery Doctrine and the Pre-Designed Plan of God. However, such vigor and dynamics does not imply that the pastor-teacher is scintillating and spectacular in the presentation of his message, as is true of the evangelist. The dynamics come from the Holy Spirit, not from the one communicating the Word of God.

The fifth characteristic is that there is vigorous missionary activity to other nations. Missionaries must function under the indigenous principle, and must avoid interfering in the political activities of foreign governments.