Teen Tree of Life. The Doctrine of the Pivot. Part 3. 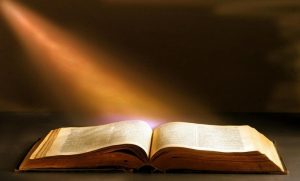 The Doctrine of the Pivot Part 3

Now, the first Gentile Client Nation to God was S.P.Q.R. – the Senate and the People of Rome, which we call the Roman Empire. This was the first, and in many ways, the greatest Gentile Client Nation to God. When the Roman Empire reached its peak with a large Pivot, there was the golden age of the Antonine Caesars, 96 - 192 A.D. The historian Gibbon called this period the "golden age of humanity."  The period of the Antonine Caesars was a time of dictatorship, and yet a time of the most fantastic blessing. This proves that the issue is not the type of government, but the Pivot of believers. Other great Gentile Client Nations of the past include the Goths, the Franks, the Swiss under Calvin and Zwingli, Scotland under Patrick, Sweden under Gustavus Adolphus, parts of Germany under Luther, France under the Huguenots, Great Britain, Brandenberg Prussia under Frederick the Great. It’s interesting to look at history knowing about Client Nations and the Pivot, isn’t it?

Now let’s look at the Pivot principle.  In essence, a small Pivot means a declining Gentile Client Nation. An enlarged Pivot means a wonderful, prosperous, and blessed Client Nation.  The Pivot is a remnant of mature believers who live in a Client Nation. They have advanced through the three stages of spiritual adulthood.  The spinoff is made up of believers who have entered reversionism and are living in Satan's cosmic system. Negative volition to doctrine and resultant reversionism produces the spinoff.

When the Pivot is too small in any generation, there are great disasters; some are economic, some military, some policy. When the spinoff of cosmic involvement becomes too great, that generation is destroyed. If there is no response to the four cycles of discipline, God eventually removes that Client Nation from history. REV 17-18 teaches this under the principle of evil one destroying evil two. (Take a moment to read these two chapters.)

Historical crisis and disaster is the means of cleansing a nation from the spinoff of evil. A great spinoff will destroy a nation unless God intervenes with historical disaster to eliminate that cancer. Either the spinoff must go or the nation must go. The Divine Destruction of the spinoff is therefore comparable to a national rebound. With the infection of reversionism destroyed, the nation takes on new life and continues!

If large enough, the Pivot is the means of delivering a nation under discipline, either from or through the historical disaster. The example is Judah in 701 B.C. during the Sennacherib invasion. The consistent ministry of Isaiah turned the tide in Judah. When all of the establishment’s means of deliverance fail, response to Bible teaching is the last hope.

If the Pivot is large enough, not only is the Client Nation delivered from historical disaster, but a large Pivot of mature believers means great blessing by association to the Client Nation and to all nations around it. Why is a Client Nation destroyed?  HOSEA 4:1-6 tells us:  Listen to the word of the Lord, O sons of Israel, For the Lord has a case against the inhabitants of the land, Because there is no faithfulness or kindness Or knowledge of God in the land. There is swearing, deception, murder, stealing and adultery.  They employ violence, so that bloodshed follows bloodshed. Therefore the land mourns, And everyone who lives in it languishes Along with the beasts of the field and the birds of the sky, And also the fish of the sea disappear. Yet let no one find fault, and let none offer reproof; For your people are like those who contend with the priest.  So you will stumble by day, And the prophet also will stumble with you by night; And I will destroy your mother. My people are destroyed for lack of knowledge. Because you have rejected knowledge, I also will reject you from being My priest. Since you have forgotten the law of your God, I also will forget your children. This is perhaps the most articulate of all the passages on the fifth cycle of discipline (to the Northern Kingdom) and how a Client Nation is destroyed.