Teen Tree of Life. The Doctrine of the Pivot. Part 4. 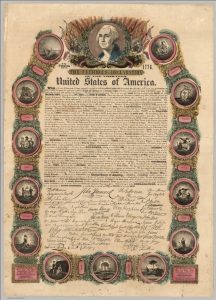 As we continue our study of the Pivot, we are seeing that the underlying theme is that when the believer fails, the nation fails.  That should reveal to you the immense value and importance in studying God’s Word on a daily basis and staying in His Plan by operating according to what you learn; and, too , constantly confessing your sins to Him (in His Son’s Name) in order to be filled with The Spirit as often as possible.

When the believer advances to maturity and joins the Pivot in any generation, though that Pivot will not be recorded in the pages of history, it will be recorded forever in heaven. Part of escrow blessings to a mature believer is personal, national, and international impact: “The winner, I will make him a pillar in the temple of my God [permanent historical record in heaven of all mature believers who had an impact on history as a part of the Pivot]; furthermore, he will never vanish from history, in fact, I will emblazon on him the title of my God, the name of the city of my God, the new Jerusalem [coat of arms of winner] which will descend from heaven [satellite city], also from God a new title [new aristocracy for eternity]." (REV 3:12)

"When in the course of human events, it becomes necessary for one people to dissolve the political bands which have connected them with another, and to assume among the powers of the earth the separate and equal station to which the laws of nature and nature's God entitle them, a decent respect to the opinions of mankind requires that they should declare the causes which impel them to separation.

"We hold these truths to be self-evident, that all men are created equal, that they are endowed by their Creator with certain unalienable rights, that among these are life, liberty, and the pursuit of happiness, and that to secure these rights, governments are institutions among men deriving their just powers from the consent of the governed . . .

"But when a long train of abuses, pursuing invariably the same object, evinces a design to reduce us to absolute despotism, it is their right, it is their duty to throw off such a government and to provide new guards for their future security . . .

"We therefore acquiesce in the necessity which denounces our separation, and hold them as we hold the rest of mankind: enemies in war, and in peace, friends.

"We, therefore, the representatives of the United States of America, in general congress assembled, appealing to the Supreme Judge of the world for rectitude of our intention, do, in the name of and by the authority of the good people of these colonies, solemnly publish and declare that these united colonies are, and of right ought to be, free and independent states; that they are absolved of all allegiance to the British crown, and that all political connection between them and the state of Great Britain is and ought to be totally dissolved, and that as free and independent states they have the full power to levy war, conclude peace, contract alliances, establish commerce, and do all other acts and things which independent states may have a right to do.

"And for the support of this declaration, with a firm reliance on the protection of divine providence, we mutually pledge our lives, our fortunes, and our sacred honor."

From that day on we have been a nation; but before 1776 we were already under Client Nation status with a 200-year old Anglo-Saxon Pivot.

Now we’ll study the history of the Pivot and Client Nations from the eighteenth century to the present. In modern history, the eighteenth century was one of the greatest periods of radical change. It began with the death of Louis XIV in 1715 and terminated with the Congress of Vienna in 1815.  This century cannot be understood from the standpoint of the Pivot apart from Louis XIV, whose reign and policy in the seventeenth century shaped the course of Europe for over 100 years and the course of everything, including the industrial revolution down to this moment. Louis XIV was called the Sun King. He was a very arrogant person. He ruled France under the concept: "I am the State." He was also a rabid advocate of the divine right of kings. It was he who first wrote, "Kings are absolute lords. To them belong, naturally, the full and free disposal of all property of their subjects, whether they be churchmen or laymen." He also said, "God has given kings to men and He has willed that they alone should review their conduct."  Louis XIV ruled for half a century, from 1643 - 1715. He started out under the brilliant administration of Cardinal Mazarin, who died in 1661 (Richelieu died in 1642), after which Louis took over the reign of the government. He not only impoverished France through many arrogant, useless wars, but in 1685 he did one thing that changed the course of history and brought in the Anglo-Saxon Pivot. In 1685, he revoked the Edict of Nantes. Up to that point, France had been a Client Nation due to the presence of the Huguenots, the French Calvinists who, as the middle class, had brought the most phenomenal prosperity to France. But in his terrible arrogance, Louis renounced the Edict of Nantes and began a persecution. Those Huguenots who were not killed left France for several places: Prussia, which became a Client Nation; Holland, for the Dutch Republic was a Client Nation; England; and the United States. Charleston, South Carolina was the home of the Huguenots in America; from there they branched out through the Carolinas.

The Reformation was another major factor in the development of the eighteenth century Pivot. In effect, it began in 1517 when Martin Luther published 95 theses and nailed them to the door of the castle church at Wittenberg. That was the beginning of the Reformation, out of which came new Pivots and new Client Nations: the Pivot in the Netherlands resulted in the rise of the Dutch Republic, the Pivot in France was made up of the Huguenots, the Pivot in Sweden thrived under Gustavus Adolphus, the Pivot in northern Germany under Frederick William the Great Elector, and the Pivot in England under Cromwell and the wonderful protectorate he provided which was continued under the rule of William and Mary of Orange.

The English colonies saw the beginning of the Anglo-Saxon Pivot in this hemisphere. To this day, the Pivot has only existed in our northern hemisphere; it has never existed south of the Rio Grande.