Teen Tree of Life. The Doctrine of the Pivot. Part 5. 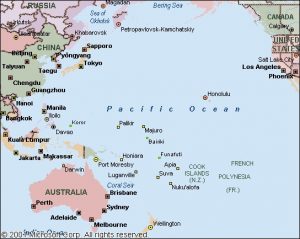 In our study, we’re looking at the history of the Pivot and Client Nations, beginning with the eighteenth century. As we established, the eighteenth century was a cauldron, a time of great wars, the rise of great generals, great battles, and it was all terminated by the Treaty of Utrecht. The Treaty of Utrecht, which established the Peace of Utrecht, is a series of individual peace treaties, rather than a single document, signed by the belligerents in the War of the Spanish Succession, in the Dutch city of Utrecht in March and April 1713.  In America, the War of Spanish Succession was called Queen Anne’s War; it made a definite contribution to the beginning of our fantastic Client Nation. From the War of Austrian Succession, great leaders emerged, like Frederick the Great; in America it was called the King George’s War. The Seven Years War was here called the French and Indian War. The French Revolution terminated with the rise of Napoleon. All these wars made fantastic contributions to history, not only militarily, but also to the rise of the Renaissance and the beginning of the industrial revolution.

The eighteenth century saw the beginning of inventions which led to the rise of the industrial revolution. Hargraves invented the spinning jenny, Cartwright the power loom, James Watt the steam engine. In 1730, at Oxford University, three men held a prayer meeting: John and Charles Wesley and George Whitfield, from which grew a fantastic Pivot. As a result, the eighteenth century was the beginning of Client Nations from a great Pivot of mature believers in England, the United States, northern Germany, and Holland.

The eighteenth century ended dramatically with the Congress of Vienna in 1815, and a new map of Europe emerged under Metternich, a politician and statesman of Rhenish extraction and one of the most important diplomats of his era, serving as the Austrian Empire’s Foreign Minister from 1809 and Chancellor from 1821 until the liberal revolutions of 1848 forced his resignation. Russia received Poland, Finland, and Bessarabia; Sweden got Norway; Belgium and the Dutch provinces tried to unite into one kingdom (which didn’t work) called the Kingdom of the Netherlands; Prussia received half of Saxony, part of the Rhineland; Austria was given the eastern side of the Adriatic: Lombardy, Venetia, and upper Italy. Russia, Prussia and Austria formed the “Holy Alliance,” one of the greatest threats ever. For under the command of Alexander of Russia, this Holy Alliance planned to invade the United States, which would have been disastrous!

So now we fast forward and look at what the status of the Pivot is today. How stands the United States of America now? We see the same historical trends occurring as in the eighteenth century. Again, Russia has plans to take over the United States and make the Pacific Ocean a Russian lake! Popular among fundamentalist Christians today is Christian activism and civil disobedience. We see a decline in interest in Bible doctrine. Therefore, we see a failure to send out the right kind of missionaries, a failure to form a large enough Pivot and disaster will inevitably result.

Now let’s look at how this applies to today’s believer. There are two things the believer must never do when he is depressed by history. He should never feel sorry for himself and he should never justify his nation when it’s on its way down under Divine Discipline. The believer must take responsibility for his own decisions. If he makes bad decisions, that contributes to the overall failure of the Client Nation and the decrease of the Pivot.

We’ll now study the history of the Pivots. Paul’s prayer of EPH 1:15 anticipated that Rome would become the first Gentile Client Nation:  For this reason I too, having heard of the faith in the Lord Jesus which exists among you and your love for all the saint…   As he traveled, he was always looking for a Pivot. Finally, he found it in the Roman Province of Asia, with Ephesus as its capital, the “holy city” for the next few centuries. This motivated his prayer in EPH 1:15. REV 2-3 mentions seven of those churches in Asia. However, Paul’s prayer is effectual for the Pivot as it spreads around the globe throughout the Church Age. This first Pivot, headquartered in Ephesus, can be called the Aegean Pivot as it spread to Greece, Cyprus, Crete, Northern Africa, and Rome.

The second Pivot was the Pivot around the Roman Sea, under the one hundred year reign of the Antonine Caesars. The Mediterranean Sea became a Roman lake! The third great Pivot was eighteenth century Western European civilization, as evidenced in the Renaissance, the Reformation, and the four great Pivots in Germany, France, Holland, and England.

The fourth was the Atlantic Pivot of the nineteenth and twentieth centuries. It began with the Age of Discovery and Columbus. This was followed by the colonization of the western hemisphere, South Africa, other parts of Africa, and India. This was the great period of the British Empire, whose influence caused stability throughout the world. The core of it all was the Anglo-Saxon Pivot, mainly found in England and the United States. But today the Anglo-Saxon Pivot has run out of gas! It is dying here, and is practically non-existent in England.

In the twenty-first century, if the Rapture doesn’t occur, the Pivot will move to the Pacific basin. These are the countries located around the Pacific Ocean (see map above) and include Viet Nam, Japan, North Korea, South Korea, Australia and Russia, to name a few.  The Pacific was already great at the beginning of the twentieth century. It saw one of the greatest revivals ever in Korea in 1905 under Presbyterian missionaries.

Today we see many signs that point to the Pacific Basin as the next Pivot center. Just as the barbarians invaded the Roman Empire in its decline and were often evangelized, with many becoming strong believers; so today we see the invasion of the peoples of the East, as it were, coming to the United States to be evangelized. We are on our way out today. We are constantly leaning toward decadent Europe, which is gone. Our missionary thrust should be toward the Pacific.