Teen Tree of Life. The Doctrine of The Pivot. Part 6. 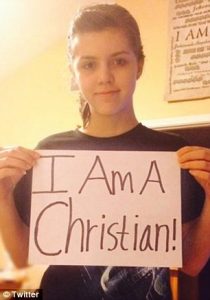 One of the best Pastor-Teachers who ever lived (R.B. Thieme) had a fantastic saying: “As goes the believer, so goes the Client Nation.”  Can you see how profoundly true this is, especially when you see what’s going on in our nation today? A large Pivot means blessing for the United States; a small Pivot means discipline and eventual destruction. We are at the crossroads now, at that point where the survival of this Client Nation depends on your attitude toward doctrine.

There are actually no tragedies in history. People and nations are the products of their own decisions, good or bad. A good decision as defined by the Scripture is: faith in the Lord Jesus Christ and post-Salvation perception, metabolization, and application of the Mystery Doctrine for the Church-Age.

Whether we like it or not there are certain satanic powers working behind the scenes to try and destroy Client Nation USA. It is not a question of race, gender, the color of one’s skin but really an issue of the tremendous divisions and deceptions that are taking place in our nation, especially in the government. Freedom is being taken away and apostate Christianity is growing against sound doctrinal Christianity. Our White House is being influenced by socialism even more than communism. Communism is an extreme form of socialism. Socialism and communism are alike in that both are systems of production and are based on public ownership of the means of every one’s production. Socialism is a way of organizing a society in which major industries are owned and controlled by the government rather than by individual people and companies. Communism is a political theory derived from Karl Marx, advocating class war and leading to a society in which all property is publicly owned and each person works and is paid according to their abilities and needs.

What is the difference between socialism and communism?  Socialism grows directly out of capitalism; it is the first form of a new society whereby the government takes away your freedom whereas Communism is a further development or “higher stage” of socialism. However, in spite of this, what really matters between all these problems, is a matter of Muslims against Christians and Jews. We now welcome anyone with any beliefs into our nation even to the extent of them being anti-Christian, anti-Semitic, and even anti-America as illustrated by allowing them to burn our flag which many Americans have died for. We allow individuals to attack the very beliefs are Nation was founded upon. They are allowed to attack us, mock us and make fun of us and if we do anything to fight against them, we are said to be prejudice and not politically correct. We allow immigrants to celebrate their own culture from the country they came from along with and they are allowed to mock us and break down the very establishment principles this country was founded upon...which of course were Christian principles.

When they were a Client Nation, the Jews did this and God punished them by allowing them to be persecuted under those false gods and the culture of which they became a part. And God will allow America also to fall under the same principle as He did to the Jews. Unless believers in the Pivot wake up and in prayer, repent, there is no hope for the nation:  “and My people who are called by My name humble themselves and pray and seek My face and turn from their wicked ways, then I will hear from heaven, will forgive their sin and will heal their land.” (2CH 7:14)

Now, let’s look at some concluding principles concerning the Client Nation. First, mankind does not have the power to maintain peace on earth so there must be wars and rumors of wars and a client nation maintains freedom through military victory: You will be hearing of wars and rumors of wars. See that you are not frightened, for those things must take place, but that is not yet the end. For nation will rise against nation, and kingdom against kingdom, and in various places there will be famines and earthquakes. (MAT 24:6-7)  The Supreme Court of Heaven can punish Israel without any help. Antisemitism is a guarantee for destroying a national entity. God does not need any help in His discipline of Israel. Antisemitism is Satanic according to REV 12. It results in liability to personal and national discipline from the Supreme Court of Heaven. God promised Abraham: “I will bless those who bless you, and him who dishonors you I will curse, and in you all the families of the earth shall be blessed.” (GEN 12:3)  God does not need anyone’s help in disciplining Israel; therefore antisemitism is Satanic and will destroy an individual and a nation.