Teen Tree of Life. The Doctrine of the Pivot. Part 7. 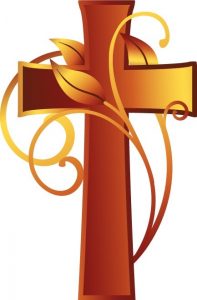 Politicians seeking power, with utopian plans, destroy a national entity. The utopian concept came into history in 1516, when Sir Thomas Moore wrote a book called Utopia, a state of political and social perfection. Utopianism involves the dreams and schemes of an imaginary, divorced from reality status of political and social perfection. Hence, utopianism is the satanic concept of The Millennium brought on by the work of mankind rather than by the Work of God. This is the warning of EZEK 13:10-16: Precisely because they have misled my people, saying, 'Peace,' when there is no peace, and because, when the people build a wall, these prophets smear it with whitewash, say to those who smear it with whitewash that it shall fall! There will be a deluge of rain, and you, O great hailstones, will fall, and a stormy wind break out. And when the wall falls, will it not be said to you, 'Where is the coating with which you smeared it?' Therefore thus says the Lord GOD: I will make a stormy wind break out in my wrath, and there shall be a deluge of rain in my anger, and great hailstones in wrath to make a full end. And I will break down the wall that you have smeared with whitewash, and bring it down to the ground, so that its foundation will be laid bare. When it falls, you shall perish in the midst of it, and you shall know that I am the LORD. Thus will I spend my wrath upon the wall and upon those who have smeared it with whitewash, and I will say to you, The wall is no more, nor those who smeared it, the prophets of Israel who prophesied concerning Jerusalem and saw visions of peace for her, when there was no peace, declares the Lord GOD. Utopianism not only rejects the Bible doctrine of The Millennium but ignores the total depravity of mankind and the need for regeneration and establishment principles delineated in the Scripture.  Politicians seek power through false utopian plans that destroy a nation. Utopianism is a fantasy, it is imaginary, it ignores the total depravity of man, and it is satanic. Utopian socialism is an economic system based on the premise that if capital voluntarily surrendered its ownership of means of production to the state and the workers, unemployment and poverty would be abolished. This is tantamount to redistribution of wealth and is totally disastrous. The Bible does not teach any such things. The Word of God teaches that you must always have capitalism and free enterprise. Capitalism is the only economic system that creates prosperity.

It is important to recognize that some people suffer from power lust. Therefore, many people over the years have supported this or that political system, not because they necessarily believed in that system, but because that system provided them with power. No communist leader believes that he is equal to those over whom he rules. He is a part of the elite, the ruling class, and, for that reason, has much greater privileges and freedom than the people he rules. It is this great lust for power which causes politicians to say one thing but believe something entirely different. Similarly, politicians will say obscure things, which can be interpreted in many ways, rather than clearly stating their own position.

God has ordained nationalism in the human race to protect it from self-destruction: The God who made the world and everything in it, being Lord of heaven and earth, does not live in temples made by man, nor is He served by human hands, as though He needed anything, since He Himself gives to all mankind life and breath and everything. And He made from one man every nation of mankind to live on all the face of the earth, having determined allotted periods of time and the boundaries of their dwelling place, [with the result] that they should seek God, in the hope that they might feel their way toward Him and find Him. Yet He is actually not far from each one of us. (ACTS 17:24-27)  The Word of God teaches that ideally you must have capitalism and free enterprise. Capitalism is the only economic system that creates prosperity. However, the key to capitalism and free enterprise is not prosperity, but freedom. A nation where there is free enterprise is a nation where man has the greatest freedom. This is why the laws of Divine Establishment are so important. The self-determination of the soul is fundamental to the Plan of God; therefore, a nation where there is freedom to express faith in Jesus Christ is ideal. A nation, where the ability to express faith in Christ is impeded, is against God.

One thing every believer should rejoice in is that Jesus Christ controls history. He does it through His divine essence; the Supreme Court of Heaven; the Pivot of mature believers; the wrath of man that praises Him; and the preservation of Israel.

God controls history through the preservation of planet earth during the course of human history. He not only created the universe: And, “You, Lord, in the beginning laid the foundation of the earth, And the heavens are the works of Your hands…” (HEB 1:10), but He holds the universe together by the word of His power: And He is the radiance of His glory and the exact representation of His nature, and upholds all things by the word of His power. When He had made purification of sins, He sat down at the right hand of the Majesty on high… (HEB 1:3). By the control of history, Jesus Christ provides freedom for the function of human volition.

Our place in this nation is not being out there advocating political change (although some believers will become politicians, writers, newscasters, etc.). Our function in this nation is first and foremost to grow spiritually and then apply these spiritual principles to our lives, thereby increasing the size of the Pivot and being part of the Client Nation to God. There is no greater thing that we can do for our nation, as individual believers, than to grow spiritually, to profit from our portfolio of spiritual assets, and to pray for the nation in which we find ourselves. The end result is, our nation will be stronger because of great blessing and protection from God, and in part because of the daily influence which we have. Never forget this! This is your assignment on earth!