Teen Tree of Life – A Hope That Transcends Despair -Part 1 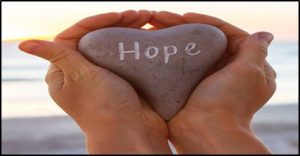 A Hope That Transcends Despair - Part 1

Today we’re going to look at The Book of Habakkuk and his final prayer in the third chapter. His name is pronounced hah-bah-kuck with the accent on the second syllable. Habakkuk was a prophet of Judah and of the tribe of Levi and was a temple singer. He is also referred to as the last prophet before the destruction of Jerusalem. Rabbinical tradition makes him the son of the Shunammite woman whom Elisha restored to life.

Habakkuk prophesied the coming of the Babylonians upon Judah. In his prophecy Habakkuk was true to his name, which means “strong embrace of God,” for he caressed and comforted the people as one would embrace a weeping child until its tears are dried.

As we read through the book Habakkuk wrote, we learn that he was the “questioning prophet.” He wanted to know “Why?” and “How?” The Book was written in the early years of the reign of evil king Jehoiakim of Judah. Habakkuk had lived during the reform period of good king Josiah’s reign, but now things were rapidly declining as the new king and people turned their hearts and actions back to the evil that had existed in the nation during the reigns of the wicked kings Ammon and Manasseah.

Habakkuk is grieved over the violence, iniquity, wickedness, destruction, strife, contention, and injustice that existed at the time and was perplexed that God had not yet answered his prayers to put an end to it all. Let’s look at how Habakkuk started his plea. The New International Reader’s Version includes the heading: Habakkuk Complains to the Lord. Then it begins with: Lord, how long do I have to call out for help? Why don’t you listen to me? How long must I keep telling you that things are terrible? Why don’t you save us? Why do you make me watch while people treat others so unfairly? Why do you put up with the wrong things they are doing? I have to look at death. People are harming others. They are arguing and fighting all the time. The law can’t do what it’s supposed to do. Fairness never comes out on top. Sinful people surround those who do what is right. So people are never treated fairly. (HAB 1:1-4 New International Reader’s Version)

Habakkuk’s perplexity and petition is something that we can certainly understand because many of us have pleaded with God in similar ways when things go bad for us personally or even as we watch the moral decline of our nation. The slide into evil and depravity has intensified in our beloved country over the last few years. Media-fueled riots over false accusations of racism destroyed businesses and people were maimed and murdered. The response of liberal cities in removing or restricting law enforcement to politically correct ideas has resulted in murder rates in 2020 increasing by 20-30% or more. Those suffering the most in all of this have been the minority communities in which the rioting took place.

So God was actually answering Habakkuk’s prayer, but the answer was not what Habakkuk wanted. This is happening in your life, too. Whether you’re praying for our nation or for things to go better at school. You just have to have faith in God – based on Who He Is – that the result you’re seeing is His Answer to your prayer. We aren’t supposed to pray for what we want. We’re supposed to pray for God’s Will to be done. He’s Perfect. He knows everything. So, let him handle it!!

With Habakkuk, God had judged the nation and was going to send the Chaldeans as the means of punishing Judah. Look at His response to Habakkuk in HAB 1:5-11(New International Reader’s Version): “Look at the nations. Watch them. Be totally amazed at what you see. I am going to do something in your days that you would never believe. You would not believe it even if someone told you about it. I am going to send the armies of Babylon [the Chaldeans] to attack you. They are very mean. They move quickly. They sweep across the whole earth. They take over homes that do not belong to them. They terrify others. They do not recognize any laws but their own. That is how proud they are. Their horses are faster than leopards. They are meaner than wolves at sunset. Their horsemen charge straight into battle. They ride in from far away. They come down like an eagle diving for its food. All of them are ready and willing to destroy others. Their huge armies advance like a wind out of the desert. They gather prisoners like sand. They mock kings and make fun of rulers. They laugh at all the cities that have high walls around them. They build dirt ramps against the walls and capture the cities. They sweep past like the wind. Then they go on their way. They are guilty. They worship their own strength.”

God’s Response perplexes Habakkuk even more because the Chaldeans were very wicked. Habakkuk wondered how could a God who is so Pure and Holy use such wicked people to discipline Judah which was bad, but not as bad as the Chaldeans were? Habakkuk should have known the answer since God’s warnings (about what He would do if His people would not obey Him) go back to The Law of Moses. And it was also revealed specifically by prophets.

Habakkuk responds to God in this way: Lord, haven’t you existed forever? You are my holy God. You will never die. Lord, you have appointed the Babylonians to punish your people. My Rock, you have chosen them to judge us. Your eyes are too pure to look at what is evil. You can’t put up with the wrong things people do. So why do you put up with those who can’t be trusted? The evil Babylonians swallow up those who are more godly than themselves. So why are you silent? You have made people to be like the fish in the sea. They are like the sea creatures that don’t have a ruler. The evil Babylonians pull all of them up with hooks. They catch them in their nets. They gather them up. So they celebrate. They are glad. They offer sacrifices to their nets. They burn incense to them. Their nets allow them to live in great comfort. They enjoy the finest food. Are you going to let them keep on emptying their nets? Will they go on destroying nations without showing them any mercy? (HAB 1:12-17New International Reader’s Version)

You can see that Habakkuk was honest in his thoughts and emotions in presenting his response to God. He was also humble enough to quickly accept God’s Answer to his first perplexity and committed to wait patiently for God’s Answer to the second. We learn this from HAB 2:1 (New International Reader’s Version): I will go up to the lookout tower. I’ll station myself on the city wall. I’ll wait to see how the Lord will reply to me. Then I’ll try to figure out how his reply answers what I’ve complained about.

It's important to note that humble believers desire God’s Guidance so that they can walk closely with Him. The Lord answered quickly and told the prophet to write it all down. This prophecy was a warning to those who would hear it then, and after its fulfillment, it would be a confidence builder in The Lord’s Faithfulness. God does what He says He will do. He keeps His promises. He is God! It would be good to go to your bible and read Habakkuk 2:4-20. It will help with the next part of our study. An easy way to read the Bible is at www.biblegateway.com.

A short summary of God’s Answer in HAB 2:4-20 is twofold. First, the righteous will live by faith. The righteous will continue to trust God even when they do not understand what is happening (or why) because their faith is in God Himself based on His Character and Attributes. Second, God is Holy and Just so He will punish nations that do evil. Judah would be chastened by Babylon just as warned and prophesied. Babylon would be destroyed because of its manifold evils. History records that Babylon was destroyed just as prophesied.

History is a record of God’s Judgment upon nations as they turn to evil Most all people eventually turn to evil because evil people seek power, and once they have acquired it, they turn the people of that nation to that evil. America has lasted longer than most nations because of our strong Christian heritage that shaped our culture to seek and fulfill God’s Purpose for government in giving praise to those who do good and bringing wrath upon those who do evil. This idea is written about by the apostle Paul in ROM 13:3-4 (New International Reader’s Version): If you do what is right, you won’t need to be afraid of your rulers. But watch out if you do what is wrong! You don’t want to be afraid of those in authority, do you? Then do what is right, and you will be praised. The one in authority serves God for your good. But if you do wrong, watch out! Rulers don’t carry a sword for no reason at all. They serve God. And God is carrying out his anger through them. The ruler punishes anyone who does wrong.  … {to be continued}