Teen Tree of Life – A Hope That Transcends Despair – Part 2 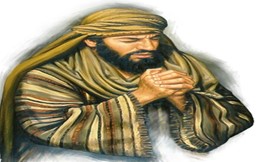 A Hope That Transcends Despair - Part 2

The Book of Habakkuk begins like this: A prayer of Habakkuk the prophet, according to Shigionoth. (HAB 3:1 New American Standard Bible). It ends in verse 19 with this instruction: For the choir director, on my stringed instruments. The word “Shigionoth” comes from a root word that means “to reel to and fro” and refers to a song or poem done with great excitement or rapid changes of emotion. The musical notation “selah” occurs three times in this prayer (Verses 3,9,13) indicating where there would be a musical crescendo or pause for reflection.

This chapter in the book is a poetic prayer set to music. It’s meant to be used for worship in the temple. It’s a good example of Hebrew thought and expression being both majestic and sublime and in its use of many poetic descriptions and historical references. The Hebrew scriptures tend to be full of word pictures and stories and are even more so in poetic literature. This prayer is a psalm that not only expresses Habakkuk’s petition to God but also depicts God’s Majesty.

Look at HAB 3:2 (The Message Bible) where the prophet lays his heart bare in his opening petition with an honest, emotional plea: God, I’ve heard what our ancestors say about you, and I’m stopped in my tracks, down on my knees. Do among us what you did among them. Work among us as you worked among them. And as you bring judgment, as you surely must, remember mercy. As Habakkuk considered what he had heard about God and His Actions in the past (along with what He had revealed to Habakkuk as to what He was going to do), it caused him to be afraid. In the context here this would be a combination of feelings of dread, adoration, and wonder. Remember that proper fear is good according to PROV 9:10 (New American Standard Bible) which tells us that: The fear of the Lord is the beginning of wisdom.

Habakkuk is familiar with the work God did in the past, so his first plea is for God to repeat His past Actions. The specific work to be done would be the prophecies God had given to Habakkuk concerning the disciplining of Judah by the Chaldeans, followed by the destruction of the Chaldeans. Related to this is his second plea: that God would also make His Work known at that time. This is an indication that Habakkuk wanted God’s Work to be known and proclaimed. A common theme throughout the Psalms are declarations of The Works of The Lord.

Habakkuk’s final plea is that God would remember Mercy in the midst of the coming wrath that He will pour out. God had specifically revealed to Habakkuk that His Wrath was coming against both Judah and then the Chaldeans, but the prophet would have also known that The Lord is Compassionate since that is one of the Attributes He declared about Himself to Moses in EX 34:6-7 (New International Reader's Version): As he passed in front of Moses, he called out. He said, “I am the Lord, the Lord. I am the God who is tender and kind. I am gracious. I am slow to get angry. I am faithful and full of love. I continue to show my love to thousands of people. I forgive those who do evil. I forgive those who refuse to obey me. And I forgive those who sin. But I do not let guilty people go without punishing them. I cause the sins of the parents to affect their children, grandchildren and great-grandchildren.”

More directly applicable to what Habakkuk was about to face is found in DEUT 4:31 (New International Reader's Version): The Lord your God is tender and loving. He won’t leave you or destroy you. He won’t forget the covenant he made with your people of long ago. He gave his word when he made it. It’s important to note here that while the promises made to Israel do not belong to us as a nation, God’s Character remains the same today and always. And the Promises He made to those who placed their faith in Jesus Chris, as their Lord and Savior, enable us to pray the same way. Like Habakkuk, we know the Awesome Nature of God from what is written in the Scriptures, and like him, we desire to see God’s Work in our own lives.

Like Habakkuk, we can be confident in The Lord’s Compassion upon those who belong to Him. God will never leave us or forsake us, and if we are persecuted for our faith, we are blessed because our reward in Heaven will be great. Look at what The Lord Jesus Christ said in MATT 5:11-12 (New International Reader's Version): “Blessed are you when people make fun of you and hurt you because of me. You are also blessed when they tell all kinds of evil lies about you because of me. Be joyful and glad. Your reward in heaven is great. In the same way, people hurt the prophets who lived long ago.”

We should never forget that even when God disciplines us, it’s to correct us and because He loves us. Jesus Christ said that His followers would have tribulation in this world: “I have told you these things, so that you can have peace because of me. In this world you will have trouble. But be encouraged! I have won the battle over the world.” (JOHN 16:33 New International Reader's Version) Believers will suffer for many reasons, including the sins of others against us, and the general curse upon this world, but it will not always be directly as a result of God’s Wrath.

Look carefully at ROM 1:18-25 (New International Reader's Version): God shows his anger from heaven. It is against all the godless and evil things people do. They are so evil that they say no to the truth. The truth about God is plain to them. God has made it plain. Ever since the world was created it has been possible to see the qualities of God that are not seen. I’m talking about his eternal power and about the fact that he is God. Those things can be seen in what he has made. So people have no excuse for what they do. They knew God. But they didn’t honor him as God. They didn’t thank him. Their thinking became worthless. Their foolish hearts became dark. They claimed to be wise. But they made fools of themselves. They would rather have statues of gods than the glorious God who lives forever. Their statues of gods are made to look like people, birds, animals and reptiles. If we truly seek and follow God, putting His Word first, we will avoid those sins and the depravity that is part of them.

Now let’s look at HAB 3:3-7 (New International Reader's Version): God came from Teman. The Holy One came from Mount Paran. His glory covered the heavens. His praise filled the earth. His glory was like the sunrise. Rays of light flashed from his mighty hand. His power was hidden there. He sent plagues ahead of him. Sickness followed behind him. When he stood up, the earth shook. When he looked at the nations, they trembled with fear. The age-old mountains crumbled. The ancient hills fell down. But he marches on forever. I saw the tents of Cushan in trouble. The people of Midian were suffering greatly. In this section of Habakkuk’s prayer psalm, Habakkuk declares God’s majesty in a theophany. A theophany is a physical manifestation of God displaying His Power and Glory. It’s a declaration of God’s Majesty to all who hear.

Without a knowledge of Jewish history, HAB 3:3-7 might be confusing, however, these are references to God’s Actions in the past. Mount Paran was the desert area south of Judah extending down to the northern part of the Sinai Peninsula, and Teman was the southern part of Edom (also known as Seir) due east of Paran on the other side of the Aravah. Both locations are important in the wilderness wanderings when Israel came out from bondage in Egypt.

Look at what Moses wrote in the opening verse of his blessing in DEUT 33:2 (New International Reader's Version): “The Lord came from Mount Sinai. Like the rising sun, he shone on his people from Mount Seir. He shone on them from Mount Paran. He came with large numbers of angels. He came from his mountain slopes in the south.”

Statements similar to HAB 3:3-7  are made in JUD 5:4-5 (New American Standard Bible): Now I want to remind you, though you know everything once and for all, that the Lord, after saving a people out of the land of Egypt, subsequently destroyed those who did not believe.

In HAB 3:8 (New International Reader’s Version) reads: Lord, were you angry with the rivers? Were you angry with the streams? Were you angry with the Red Sea? You rode your horses and chariots to overcome it. The chariots mentioned in here are chariots of Salvation for God’s people. This verse is an interlude to Habakkuk’s description of God’s manifestations of Himself to ask rhetorical questions of motive that all look back to events of the Israelites leaving Egypt and coming to the promised land. Habakkuk changes to the second person to ask these rhetorical questions of God. It was not anger, burning anger (rage) or overflowing anger (wrath) that caused God to part the Red Sea or stack up the waters of the Jordan river. The actions that caused these events are described as an army – horses and chariots – coming against them. Look at what EX 14:21 (The Message Bible) tells us: Then Moses stretched out his hand over the sea and God, with a terrific east wind all night long, made the sea go back. He made the sea dry ground. The seawaters split.

The flood waters of the Jordan River were caused to rise up on a heap at Adam so that the Israelites could cross a now dry river bed opposite of Jericho: And that’s what happened. The people left their tents to cross the Jordan, led by the priests carrying the Chest of the Covenant. When the priests got to the Jordan and their feet touched the water at the edge (the Jordan overflows its banks throughout the harvest), the flow of water stopped. It piled up in a heap—a long way off—at Adam, which is near Zarethan. The river went dry all the way down to the Arabah Sea (the Salt Sea). And the people crossed, facing Jericho. And there they stood; those priests carrying the Chest of the Covenant stood firmly planted on dry ground in the middle of the Jordan while all Israel crossed on dry ground. Finally the whole nation was across the Jordan, and not one wet foot. (JOSH 3:14-17) Jordan overflowed all its banks. This magnified the Power of God, and His Kindness to Israel. Although those who oppose the Salvation of God's people have all advantages, yet God can and will conquer. This passage over Jordan, as an entrance to Canaan, after their long, weary wanderings in the wilderness, shadowed out the believer's passage through death to heaven, after he has finished his wanderings in this sinful world. Jesus, typified by the ark, has gone before, and crossed the river when it most flooded the country around. Let us treasure up experiences of His Faithful and Tender Care, that they may increase our faith and hope always.