Teen Tree of Life – Our Conduct Toward Others – Part 1 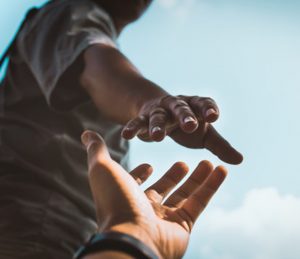 Our Conduct Toward Others - Part 1

The city of Colosse was located in the Roman province of Asia in a region called Phrygia. It lay in the Lycus Valley, a bit to the east of the larger and more popular city of Laodicea. Colosse was relatively small but Paul cared deeply for those who lived there. Look at his words in COL 2:1 (The Message Bible): I want you to realize that I continue to work as hard as I know how for you, and also for the Christians over at Laodicea. Not many of you have met me face-to-face, but that doesn’t make any difference. Know that I’m on your side, right alongside you. You’re not in this alone.

Now, Paul had traveled through Phrygia during his second and third missionary journeys, but for some reason he had not visited the Colossian church. Possibly, he had been to Colosse prior to the establishment of the church there. Or perhaps he had visited the city but had not had the opportunity to meet with the followers of Christ there. It's also possible that he'd never even visited the city of Colosse. Whatever the case, Paul did not know most of these believers personally – yet he cared very much about them. What a great example of what our conduct toward others should be.

We're able to learn some things about Paul's relationship with the Colossians from the details in his letter to them, as well as from his letter to Philemon, who lived in Colosse. First, we read that Paul had indirect contact with the Colossians through representatives, such as his Colossian friends Epaphras, Philemon and Onesimus, and his messenger Tychicus. Second, although they had not met face to face, Paul and the Colossians corresponded with each other. For instance, Epaphras brought reports of the Colossians to Paul. And Paul sent at least one letter to the church in Colosse, namely the New Testament epistle to the Colossians. Third, Paul and the Colossians ministered to each other. For instance, Paul not only struggled in prison on their behalf, but he also prayed specifically for them: That’s why we have not stopped praying for you. We have been praying for you since the day we heard about you. We keep asking God to fill you with the knowledge of what he wants. We pray he will give you the wisdom and understanding that the Spirit gives. (COL 1:9 New International Reader’s Version) Paul regularly prayed for the Colossians, asking for the blessings he knew would most benefit them.

What’s very cool is that the Colossians ministered to Paul, as well. We learn from Paul's letters to the Colossians, and to Philemon, that the Colossian men, Epaphras and Onesimus, visited Paul in prison. And since the Colossian church sent messengers to Paul, it's reasonable to assume that they prayed for him too. In short, even though Paul had not personally met most of the Colossian believers, they shared affection and affinity for one another, making their relationship real and substantial. This is another great example of how our conduct toward others should be.

As you begin to read Colossians, it becomes clear right away how much affection Paul has for the people there. Now, obviously he's heard some problematic things because of the issues that he addresses later in the letter. But he gives thanks for their perseverance and their earnestness and their growth in the faith, and then he expresses his prayers for them, that they would continue to persevere and endure. And even before he starts to address the problems, he praises them and he prays for them. So, it's clear that Paul speaks to them out of a great affection for them. And this is probably a really good model for how we should address problems in the church today, making sure we do it in the context of our shared love and commitment toward one another and toward God The Father, God The Son, and God The Holy Spirit. Again, this is how we should act toward others!

The apostle Paul taught many valuable lessons to the Church at Colosse. One of the things he taught was how to treat both the believers and unbelievers who come into our lives. In COL 4:5-6 (New American Standard Bible), Paul addresses the conduct of believers: Conduct yourselves with wisdom toward outsiders, making the most of the opportunity. When Paul uses the word “wisdom,” he is referring to Bible doctrine in the soul. He’s saying we should operate with God’s Wisdom when dealing with “outsiders” – a reference to unbelievers who need the Divine knowledge that we have. And they need it presented accurately to them, so, it is the responsibility of every believer to be prepared to present the correct information to those The Holy Spirit puts in our lives.

You should never condemn, judge, or look down your nose at unbelievers. In fact, you should make it a point to make them feel relaxed around you. This is because when people are relaxed, you have a better chance to present the Good News – the Gospel of Jesus Christ – because they’ll be more open to what you have to say.

The more serious you conduct yourself toward God’s Word, the more you will be able to treat others with wisdom, especially when it comes to sharing the Good News. These encounters may very well lead to bringing these people to believe in Jesus Christ as their personal Savior. This is called witnessing. Witnessing is defined as the communication of the Good News of the Gospel of Jesus Christ to the unbeliever on a personal basis. It’s also known as personal evangelism. Witnessing, therefore, is the responsibility of every believer. The believer is responsible to communicate the accurate information concerning The Finished Work of The Lord Jesus Christ on The Cross. The believer is not responsible to make anyone accept the information! God cannot force them to believe – so neither can you!

When you witness and help an unbeliever come to believe, you are actually buying back a soul from the kingdom of darkness. Redeeming a soul with the proper doctrinal information is an eternal matter of great importance. Even if none of the unbelievers, to whom you witness, respond to the Gospel, you are still credited with the reward due to the accuracy of your presentation. The issue is the information presented.

As a Church-Age believer, you have two responsibilities in witnessing. The first is the witness of your life. 2CO 3:2-3 (New International Reader’s Version) talks about this: You yourselves are our letter. You are written on our hearts. Everyone knows you and reads you. You make it clear that you are a letter from Christ. You are the result of our work for God. You are a letter written not with ink but with the Spirit of the living God. You are a letter written not on tablets made out of stone but on human hearts. Isn’t that a beautiful statement? Don’t you want to strive to be the letter Paul is writing about?

So your life should be a letter of Christ to unbelievers. Pretty cool, right? If you really think about it, it will change the way you act! Now, this doesn’t mean you need to act “saintly,” as some believers think. It means that you must adhere to your professed system of belief. And in doing so, you don’t cause anyone to feel inferior. As an example, suppose one day you’re in a store and the person at the cash register starts to cough and clear her throat. She tells you she forgot her bottle of water and that there’s nothing to drink in the store. So you take five minutes out of your day and go buy her a bottle of cold water. When she thanks you profusely, all you need to say is, “It’s part of my Christian Walk.” This is witnessing!

The second responsibility we have is the witness of the lips. This means basically that your words are a witness, too. Look at 2CO 5:20 (The Message Bible): God has given us the task of telling everyone what he is doing. We’re Christ’s representatives. God uses us to persuade men and women to drop their differences and enter into God’s work of making things right between them. We’re speaking for Christ himself now: Become friends with God; he’s already a friend with you.

The first area related to evangelism is the issue of sin; but it has nothing to do with a person’s many sins. It has to do solely with one sin – the sin of unbelief. When witnessing, you present the information concerning The Substitutionary Death of Jesus Christ and The Holy Spirit convicts the unbeliever of his or her unbelief.

The second area related to evangelism is the issue of Perfect Righteousness. This doesn’t point to the attempted self-righteousness of a person, which is, by the way, garbage to The Lord. The Righteousness in view here is that of The Lord Jesus Christ. Once we believe in Him, His Righteousness is imputed to us, making us perfect in the sight of God.

The third area related to evangelism is the issue of judgment. This is not the judgment of bad people but the judgment of Satan who has been judged and sentenced. The sentence is not executed until after the appeal trial of the Angelic Conflict.