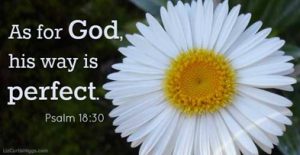 Look at the response of the Athenian philosophers when Paul mentioned the resurrection of the dead in ACTS 17:32-34 (The Message Bible): At the phrase “raising him from the dead,” the listeners split: Some laughed at him and walked off making jokes; others said, “Let’s do this again. We want to hear more.” But that was it for the day, and Paul left. There were still others, it turned out, who were convinced then and there, and stuck with Paul—among them Dionysius the Areopagite and a woman named Damaris.

The response described in ACTS 17:32-34 is still around today. There are those who turn their noses up at the thought of Jesus Christ’s Resurrection. For them, it’s a quaint religious story, but only a story and not historical truth. They reject the eye-witness accounts and evidence for it because it doesn’t match their philosophical beliefs. And since they haven’t personally observed anyone rise from the dead, they conclude it must be scientifically impossible. The Resurrection of Jesus Christ is a central element of a spiritual battle that is waged in the hearts of men. Will they believe God, or reject what He has declared, in favor of some philosophical or religious system of their own?

Other religions are adamantly against the idea that The Resurrection of Jesus Christ took place. That’s not surprising in the least because for another religion to accept it as true would be acknowledging that The Lord Jesus Christ is Superior to the founder of their own religion. Judaism rejects Our Savior’s Resurrection and in doing so, they also reject their Messiah. The seeds of this were sown at the time by the Jewish religious leaders in MAT 28:11-15 (The Message Bible) when they paid the guards that had been at Jesus’ grave to lie and say that the disciples had stolen the body: Meanwhile, the guards had scattered, but a few of them went into the city and told the high priests everything that had happened. They called a meeting of the religious leaders and came up with a plan: They took a large sum of money and gave it to the soldiers, bribing them to say, “His disciples came in the night and stole the body while we were sleeping.” They assured them, “If the governor hears about your sleeping on duty, we will make sure you don’t get blamed.” The soldiers took the bribe and did as they were told. That story, cooked up in the Jewish High Council, is still going around. They could have easily arrested the disciples and forced them to reveal the location of Jesus’ body and completely ended the story of The Resurrection. But they didn’t even try that because they already knew from the soldiers that God had intervened and there was no body because Jesus Christ was indeed resurrected from the dead.

With regard to Judaism, Moses was a great man by all standards, and he is the greatest prophet in Judaism. Because of this, Moses is revered by the Jews. However, Moses died and was buried by The Lord in the valley opposite Beth Peor: Moses, the servant of the Lord, died there in Moab. It happened just as the Lord had said. The Lord buried the body of Moses in Moab. His grave is in the valley across from Beth Peor. But to this day no one knows where his grave is. (DEUT 34:5-6 New International Reader’s Version) It is not known where his grave lies, but his body is still there and will remain there until The Resurrection of the righteous. Moses was a great prophet, but he himself pointed to a Greater Prophet to come.

Islam denies Jesus Christ’s Resurrection by denying His Death. They claim Jesus ascended, like Enoch and Elijah, without dying. Islam claims that Muhammed is the last of the prophets and superior to all former ones including Moses and Jesus. This is a silly claim even on its surface since several of the prophets which Islam recognizes, including Adam, Noah, Abraham, Moses, and Jesus, all received their revelation directly from God, while Muhammed got his revelation second hand through an angel – supposedly Gabriel.

Muhammed does not compare to Jesus in any substantive manner. Muhammed was obviously a very influential man – but he was just that – a man. He lived and died and remains dead to this day. All Muslims know and believe this. Why did Muhammed die? Because death is the consequence of sin and Muhammed was a sinner even by his own admission. Jesus by contrast was sinless. No one was able to bring a valid charge against Him. He was crucified under the charge that He had blasphemed in equating Himself with God. That would be blasphemy except for the fact that it’s true. Jesus Christ is God in Human Flesh. He died to pay the penalty of man’s sin. He then rose from the dead proving His Claims to be true.

To date, there are only three people that have permanently escaped the grave – Enoch, Elijah and The Lord Jesus Christ. Enoch and Elijah did not die. They were taken from earth to Heaven by God. They are the only ones in recorded history to skip death. Look at GEN 5:22-24 (Christian Standard Bible): And after he fathered Methuselah, Enoch walked with God 300 years and fathered other sons and daughters. So Enoch’s life lasted 365 years. Enoch walked with God; then he was not there because God took him. Wow!! Others listed in the Genesis 5 genealogy are clearly said to have died. But Enoch simply "was not there because God took him." No explanation for why he did not die is given.

We read about Elijah in 2 KIN 2:11(New International Reader’s Version): They [Elijah and Elisha] kept walking along and talking together. Suddenly there appeared a chariot and horses made of fire. The chariot and horses came between the two men. Then Elijah went up to heaven in a strong wind. Elijah had warned Elisha, with whom he was walking, that he may be taken to heaven. And he was. Elijah, one of God's most powerful prophets, did not die but was simply taken to heaven. Some believe that Enoch and Elijah were spared death because of their faithfulness in serving and obeying God. We don’t know for sure. We can trust that God's purposes for saving these two men from death, whether we know why or not, are just and right because according to PSA 18:30 (New International Reader’s Version): God’s way is perfect. The Lord’s word doesn’t have any flaws.

So, Enoch and Elijah were taken directly to heaven but only Jesus Christ was Resurrected. And only He can offer the hope of Resurrection to those who believe in Him. That makes true Christianity very different from every other religion. Only true Christianity can speak with confidence about what lies beyond death. Only Jesus Christ has been there and returned to tell us about it. Only true Christianity can speak of its hope as being confident assurance because The Lord Jesus Christ has already proven His Promises to be true with The Power of The Resurrection. The hope of all other religions is only a wish for a better place than the present, or at least the avoidance of hell, because their founders, leaders and priests have not and cannot fulfill their promises. None of them have been on the other side of death, conquered and returned to tell their followers with assurance how to also conquer death. And none of them have paid the price of our sins.